From Risk-ON to Risk-OFF 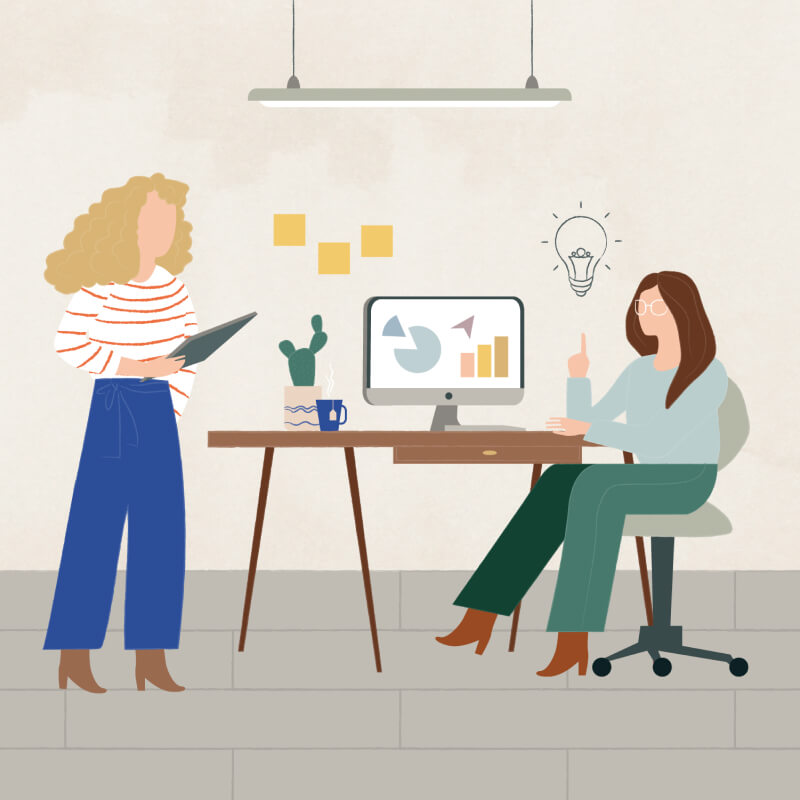 The chart shows the price trend of the S&P 500 stock index in the US at the top and the Risk-ON / Risk-OFF indicator at the bottom. The investment behavior of investors can be divided into two clear patterns. Risk-ON: When investors are carefree and prefer riskier investments such as technology stocks or leveraged investments that might rise two or three times more than the broad market. Risk-OFF: When investors are concerned about the state of the market and sell their stocks or invest in conservative companies like Nestle or Coca Cola.

In a Risk-ON phase, small corrections in the market are used to buy more stocks. Bigger corrections are unlikely in such a market phase. You can read more about this topic here. As the chart shows, investors showed a pronounced Risk-ON behavior since the Covid crash last year. Now there are signs of a turnaround. For the past 2 weeks, corrections have not been automatically used to make new purchases. This would signal to us that additional caution is in order.

State bankruptcy in the U.S.

Will the U.S. go bankrupt? It sounds very unrealistic, but unfortunately it is not anymore.

Since 1960, the U.S. Congress has been setting a limit on the amount of debt that the government can incur. This limit has been raised over 80 times. Currently, the limit is USD 28,500 billion. That limit will soon be reached and could cause big problems for the government. It would then have to decide whether to stop paying employees' wages, stop social spending or stop interest payments. If it chooses the last option, this would essentially lead to national bankruptcy.

The U.S. House is currently deeply divided and Republicans will not support an increase. The Democrats could get it through the House on their own with their majority, but this would be a lengthy process. In 2011 and 2013, there was a similar situation and various tricks were used to avoid national bankruptcy. In the process, however, the rating agencies stripped the U.S. of its top bond rating (AAA). This led to higher interest rates and weaker stock markets.

Remember, the U.S. government's "fiscal year" doesn’t end on December 30, but on September 30. At the last minute on September 30, politicians were able to reach a partial agreement. The government can now continue business until December 3, but no one knows how effective that will be as the arguing will remain.

The difference between 2011 and now, is the ongoing Covid crisis and all the added risks that come with it. If we learned anything from 2011 and 2013, it’s that there is also a high risk that politicians will take the matter lightly. Currently, we expect the probability this would impact the stock market to be around 20%. Not an immediate big risk, but definitely needs to be closely monitored.

The largest Chinese real estate developer Evergrande is facing bankruptcy as news has surfaced that the company has 300 billion in debt!

If the company collapses, so could many Chinese banks that have lent to Evergrande or suppliers. To prevent the Chinese from pulling their money from local banks and looking for alternatives, the government announced a drastic step last week: all cryptocurrencies will now be illegal!

This is not the first time China has intervened in the crypto market. However, this step surpasses all previous measures.

This chart shows all crypto regulations since 2013 and the return of bitcoin 1 day, one week, 30 days and 90 days after the government announcement. The conclusion of the overview is clear. After a new regulation, bitcoin corrects for up to 30 days, after which it rises again. If you buy 30 days after such a regulation announcement, you will likely make a profit (probability of around 85%.)

Currently, this also fits quite well with the bitcoin seasonality:

The chart shows the average return of Bitcoin over the year for the last 10 years in blue. From January to April, the price hardly moves, from May to August it rises, September and October the return is negative before then in November the price rises strongly again.

Here we have to say that this seasonality has not worked thus far in 2021 (black line in the chart). But it is quite possible that we will see the usual behavior return by the end of the year. A rise in prices is likely from the end of October, beginning of November.

China was one of the most active countries in Bitcoin mining until 2 months ago. However, just how many Chinese actually own Bitcoin is not entirely clear. Older figures suggest 7%, which would of course be a huge number due to the large population. Current figures are not available, as almost all providers of statistics have deleted the Chinese data from their website in recent days to protect Chinese users.

The big question now is: what will all the Chinese Bitcoin owners do? Will they sell all bitcoin immediately or hoard and hide them?

We did not use cryptocurrencies in long-term investment due to very high volatility.